Great news! Truckfest is returning once again to the Bath & West Showground in 2019.

After a gap of five years, Truckfest South West has returned to its long-time home at the Bath and West Showground with spectacular results. It became apparent that so many people in the South West of England have such fond memories of the event over its 28 year history, that by 9am on each show morning the car parks were bursting at the seams.

Anyone visiting to see the best of what the West Country has to offer certainly weren’t disappointed. The array of trucks who participated in the 2018 event were spectacular and if it was action that you were after, once again Truckfest had it all. With two monster trucks slogging it out in the main arena and providing unbelievable family fun with their car crushing antics and while we are speaking of daredevils, Broke FMX provided the thrills and spills of the two wheeled variety with breath taking somersaults defying the laws of gravity. 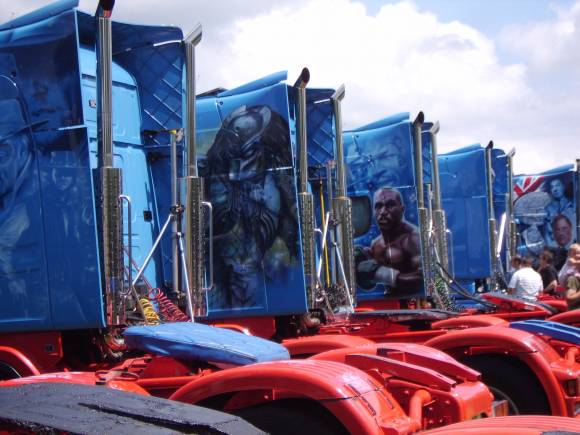 For those that have been glued throughout the summer to ITV’s top rated programme ‘Love Island’, there was a real treat instore with Wes, Dani and Jack making one of their rare appearances for their fans at Truckfest South West. But let’s bring it back to the trucks! The culmination of Truckfest and the reason for its very being is the highly sought after Truckfest prizes, which were awarded on the second day of the event and awaited with keen anticipation for the very best in show.

The great news is Truckfest is to return in 2019, having now had the opportunity of confirming with the Royal Bath and West Showground, Truckfest returns to its’ South West home on 31st August and 1st September 2019. It’s a Date!