An Evening With Monty Halls

Join us for An Evening With Monty Halls, as he shares his experiences as a Royal Marines Officer, an expedition leader and marine biologist, working with natural history film crews, and as a TV presenter and broadcaster.

Monty is an ex-Royal Marines Officer who worked for Nelson Mandela during the peace process in the early nineties. He left the Marines to pursue a career in expeditions, travel journalism and biology.

The first stage of this was becoming qualified as a marine biologist at Plymouth University, where he achieved a First Class Honours Degree in 1999. He funded his degree by running expeditions and went on to set up his own expedition company in 2003, completing four circumnavigations of the globe over the next four years seeking out the greatest encounters in the ocean. This quickly bought him to the attention of television, and he was asked to compete in the flagship Channel 4 show “Superhumans”,

Monty has since worked as a presenter for Channel 4, National Geographic, the History Channel, Channel 5, and the BBC. He is perhaps best known for his three BBC2 series “Great escapes” and also presented the multi-award winning series “Great Barrier Reef”. More recently, he is known for his new Channel 4 series “My Family and the Galapagos”.

This event will end with a Q&A with the audience, followed by a book signing (books will be available to purchase at the event). 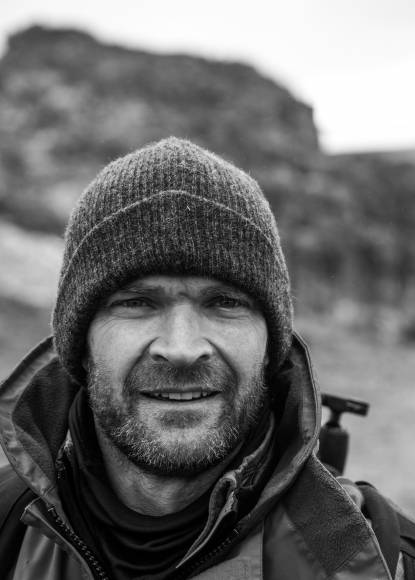